HomeNewsOttercreek Woodworks is Moving to Tillsonburg 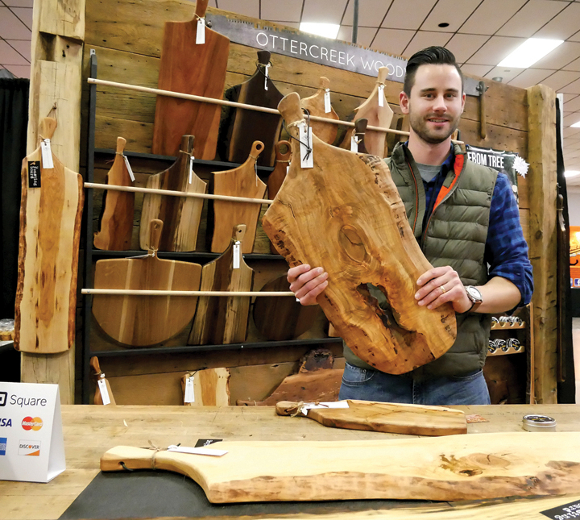 Ottercreek Woodworks is Moving to Tillsonburg

May 9, 2018, Tillsonburg—A carpenter by trade, four years ago David Schonberger transitioned into a woodworker. Similar trades, but different. The former builds and repairs wooden objects and structures, while the latter, who can also be a carpenter, makes items from wood.

“I went through training at Fanshawe (College), I got my ticket and I was an on-site carpenter,” said Schonberger, who after graduating from Glendale High School in Tillsonburg with a scholarship in his construction class, worked at a firm renovating, building decks and other construction-type projects.

“About four to four-and-a-half years ago I made one of these (serving boards) for my mother as a Mother’s Day gift because I needed something last minute. She showed Colleen from Gunn’s Hill Artisan Cheese. After that, Gunn’s Hill ordered 10-20 boards. And a few weeks later they ordered 30-40 boards. Then a few weeks later they were ordering hundreds. They were selling them in their store, in their gift baskets and in their retail shop, as a boutique-type item.”

At that point, about four months after making his first serving board, he quit his carpenter job and started Ottercreek Woodworks, becoming a full-time woodworking entrepreneur making high-calibre ‘live edge serving and charcuterie boards.’

“We’ve got boards in places like the Legislative Assembly of Ontario Gift Shop… which is a cool place to have it. We’ve got MPPs, the Premier… they take stuff on trade missions when they go abroad.”

During that time Schonberger has been honing his entrepreneurial skills, learning as he goes.

“I’m a carpenter first and a business man second, that’s for sure. Everything’s been done as I go along. I sold a few boards, then I bought more machinery to make more boards. We built it up step by step by step.

“For us, we sell by ‘sharing our passion.’ That’s a huge way we reach people. Social media is great because it’s very personable, especially Instagram. I can post ‘This is what I’m doing in the shop today…’ and it allows people to come in and see.”

He makes a lot of product, but takes pride in doing ‘small batches.’ And they are all one-of-a-kind.

“That helps engage people and they can feel attached to a particular piece. You may not like this piece, but that person may love this piece. But there’s probably a piece in here for you too, that catches your eye.”

The wood, which comes from Carolinian forests in Oxford and Norfolk Counties, includes cherry, walnut, sycamore, and maple.

Schonberger pauses, pointing out one special board made from wood taken from two Tillsonburg maples that had to come down next to the Lake Lisgar Water Park in the summer of 2016. Both were estimated to be 150-200 years old – and closer to 200 – already mature trees when Hardy’s Mill Pond was created in 1852 (renamed Lake Lisgar in the 1870s).

“A seven-foot diameter near the base,” Schonberger noted, “but it was almost completely hollow. What you see here is pretty much what the good wood was all the way around and the rest was hollow.”

Taken down by an arborist, the rotten wood went into a wood chipper, and Schonberger salvaged what he could.

“There wasn’t a lot of good wood in those big trees, unfortunately, I was really hoping for more. But we’ll get quite a few (serving boards), there’s still more. It all depends. I’m slowly drying it.

“We have a lot of interest from people in Tillsonburg. Whether they still live here or not, they are very interested in acquiring one. We’re also working with the Town to do some simple stuff for them.”

Black walnut is extremely popular, he said, as one of the luxurious because of its colour and grain. And apple is ‘really hard.’

“White ash is really cool wood, but it’s kind of boring for our product, just because it’s very blond in colour. It’s not as appealing to the eye. So we use a Japanese technique called Shou Sugi Ban where I torch the wood and then I scrub it down. It’s my take on it. The Japanese would use it for fence posts and buildings, it’s a way to preserve the wood from fire, insects, weather and you don’t need to stain it or treat it after. We expose the grain and we end up darkening the grain as well. You can really see it in the ash and the red oak.

“We have the Cadillac of serving boards,” said Schonberger, standing in front of a display with dozens of unique boards. “Yes, there’s lots of guys in their garages doing this because we live in Oxford County and wood is readily available. We offer a higher brand and better calibre board, so with us… you’re buying the Lamborghini instead of the Honda.

“So branding has been really important – we really work hard on our branding – and for me, I’m also putting myself out there.”

He cited the new Tree to Table Experience with his image front-and-centre on a promotional poster as an example.

“This is our new experience for this fall. It coincides with the (Oxford County) Cheese Trail, the Big Cheese Days. We can take four people at a time for a one-day workshop. It runs 9-2, so it’s 5-6 hours one-on-one with me as the artisan. The guests will arrive at the workshop, we’ll have a fire roaring where we’ll be making a local tea. We take that tea and we walk through the forest. We just talk about… life in the forest. You’re not going to learn facts about how tall a spruce tree grows. You’re going to touch the soil, you’re going to smell the soil, you’re going to feel the roughness of the bark. I’m going to show you why you’re going to get that unique curve in the wood, based on what you see in the living tree. Then we’re going to come back to the shop. We’re going to take a rough piece of wood, and the guest is basically going to take that rough piece of wood and turn it into a board like this. And after that we’re going to have a charcuterie meal around the open fire. It’s a real ‘tree to table experience,’ that’s why we called it that. It’s very interactive and it’s kind of full circle.”

One fall weekend has sold out so far, and some spots have sold on other weekends.

On Saturday, April 28 Ottercreek Woodworks had a display at the 3rd Dairy Capital Cheese Fest in Woodstock, one of only two shows Schonberger does annually.

“We do this show because it’s local, and we do the One of a Kind Show in Toronto (November/December) – it’s a big show.

“The Cheese Fest was really good, really busy. This is our third year already and we saw a lot of new faces this year. It’s a really good event.”

Schonberger said he was fortunate to have a prime location at Cheese Fest near the Oxford Auditorium entrance.

“We’re lucky – we’re right front and centre, so we can show off our cool wood products to everybody. We’ve had it every year so I’m really thankful for that.”

Operating out of Burgessville for the past four years, Ottercreek Woodworks is currently building a new, bigger shop near Tillsonburg and hope to move in around the end of summer, or fall.

He definitely has no plans to go back to general carpentry.

“It’s a Catch 22… an entrepreneur is somebody who will work 80 hours a week to avoid working 40 hours a week. It’s as that simple. And I love what I do, I wouldn’t trade it for anything. So I work really hard to keep that up. I get to do my hobby as my full-time job, essentially.

“I was getting tired of hanging drywall and laying tile and… no, I don’t ever want to go back. Especially after a winter like we just had, being outside and freezing your butt off. No, now I go to work in my warm shop and I just get to create. And people have really responded to me as an artisan. I mean, we’re four years in and I still cannot make enough boards.” 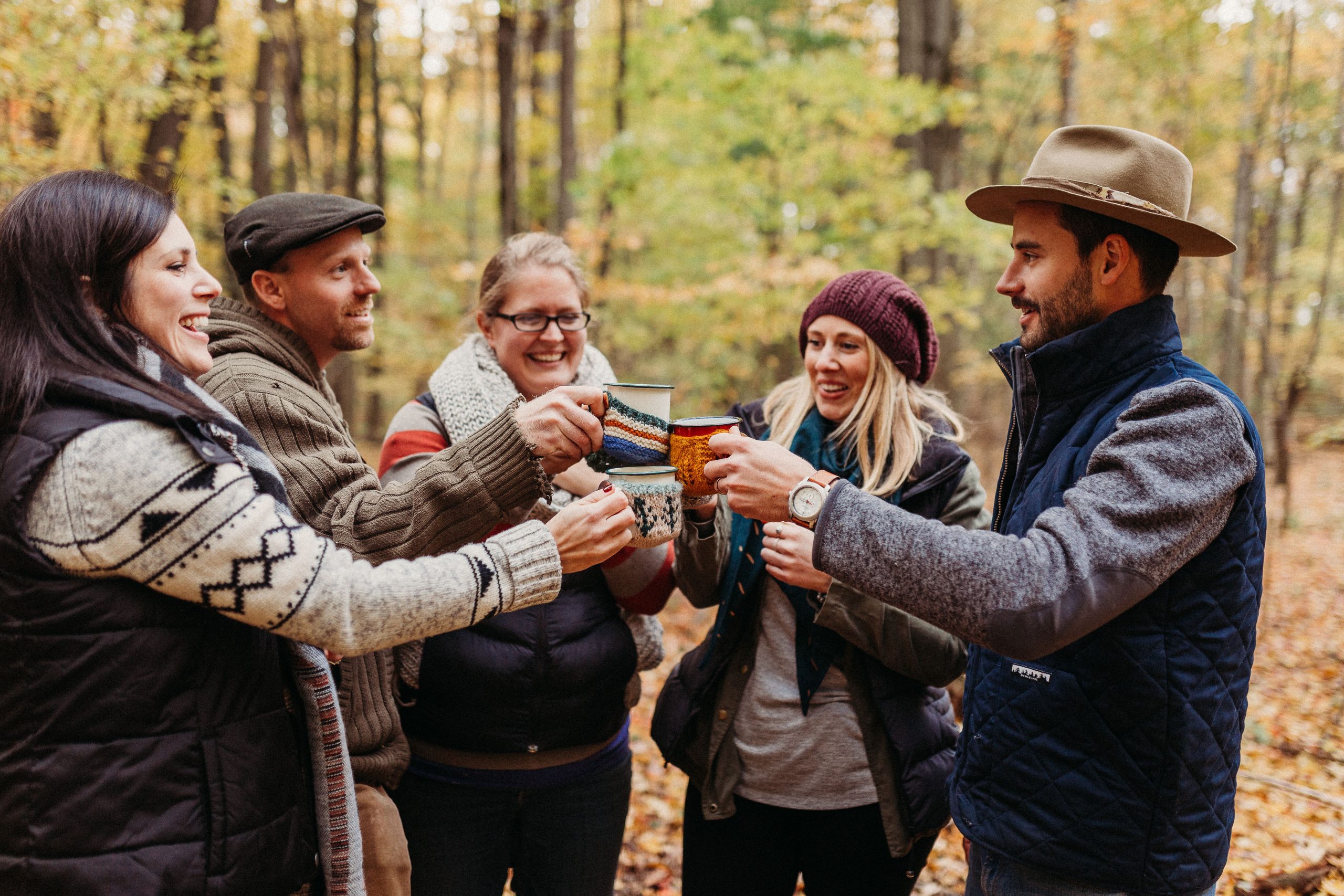 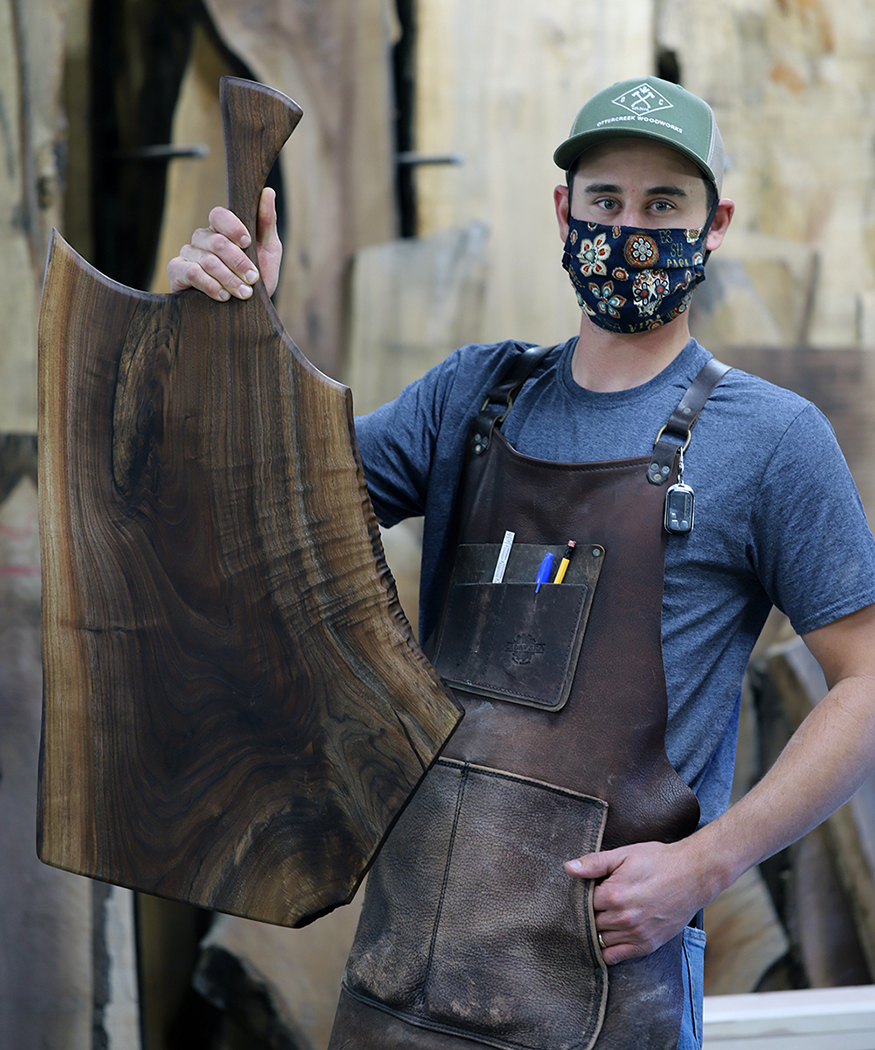 From Tree to Table provides a holistic creative culinary journey 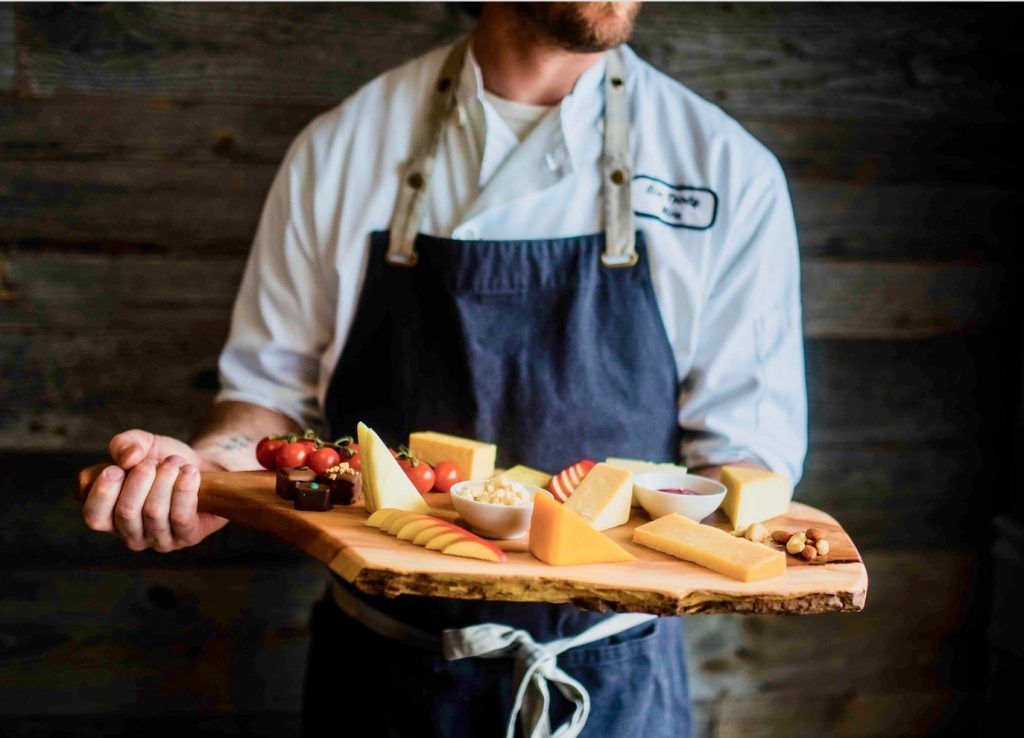 Off to make a charcuterie board! At Ottercreek Woodworks Inc.‘s From Tree to Table we walk through